Home » Strangers in the Woods

Strangers in the Woods

If you asked for the history of Blind Channel, it would typically sound something like this: “In 1907 Thurlow Island Lumber Company had a sawmill operating in Blind Channel which employed a large number of men. For a number of years the mill sawed cedar for a Vancouver factory.  A post office was opened in 1917. In 1918, when the Quathiaski Cannery Co. opened the Blind Channel cannery, it became a regular port of call for Union Steamships and other passenger boats. The cannery remained in operation until 1935. Shortly after it closed a saltery was established. This closed during WWII when the Japanese owners were interned.”

This, however, will not be your typical history lesson.  As we open the book to the next chapter of Blind Channel’s history, we will learn about the arrival of the Richter family to this patch of wilderness. 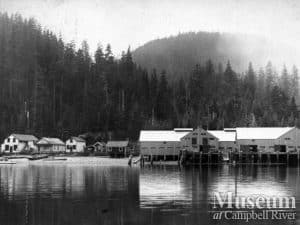 Eleven year old Jonah Richter is a fourth generation Richter at Blind Channel, and has lived there his whole life.  He researched this article by interviewing family members and reviewing documents in the Archives Research Centre at the Museum at Campbell River, and referring to papers and photos in his family’s personal collection.  He is a self-published fiction author, and his work is for sale at the Blind Channel Store.  Jonah is our guest blogger for a look at the more recent history of the place he calls home.

Miles away from civilization, on a remote island called West Thurlow, there is a small bay called Blind Channel.  It was named Blind Channel because Captain George Vancouver overlooked the small channel (Mayne Passage) that separated East and West Thurlow Island.  In 1970 it could have looked a lot better.  There were shacks all over the place, a for sale sign on the dock and logs littering the beach.  Soon though, 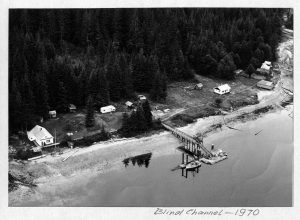 Blind Channel would be changed by a group of coastal pioneers into a boating destination.

Meanwhile, in Vancouver, the Richters, a family of immigrants from Germany, were preparing to boat out of Vancouver up the coast.  They owned a 30 foot boat called the Pamar.  It was handmade by Edgar Richter in their backyard.  The members of the family that were cruising included Edgar, his wife Annemarie and their children Trudi, Phil, Alfred and Robert.

Several weeks into the voyage, the Pamar had journeyed up Johnstone Strait and was heading to the Broughtons.  They were running out of fuel and had nowhere to buy it.  They checked the charts and discovered Blind Channel which had a fuel dock.  They turned into Mayne Passage and came into Blind Channel.  It was raining heavily that day.  The owner came down to the dock and sold them fuel.  About 5 shacks littered the beach, and the property looked like a hurricane had come through it.  Despite this Edgar saw its value.  He immediately wanted to buy the property and the kids agreed, but when he asked Annemarie she said “You can buy that place over my dead body.”

When the Richters came home to East Vancouver, Edgar and Annemarie were still arguing about Blind Channel.  This went on for a month and a half until they finally agreed to see it again, but if it was raining, it would not be bought.

Edgar and Annemarie took a float plane to Blind Channel and it turned out to be a beautiful day.  They took a walk with the owner and made up their minds to buy Blind Channel, and they did!

The Richters then sold their comfortable home, boxed up all the furniture for loading onto a freighter and once again set out on the Pamar.  Their neighbors in Vancouver were very bewildered when the Richters left their very comfortable, renovated home.  They wondered why Edgar and Annemarie would drop everything and go into the woods.   Annemarie’s parents Wilhelm (Opa) and Therese (Oma) also came to Blind Channel a couple of weeks later.

Phil was in university at the time and he decided to take a break to help at Blind Channel.  After that, he never left.

The family lived in the back of the store and Wilhelm and Therese lived in the school house which was on the beach.  A man named Gunnar Lande also lived at Blind Channel, but Edgar charged him rent so he left.

Edgar and his family spent two years cleaning up Blind Channel.  They burned down the shacks, fixed up the store, hauled the school house off the beach, cleared brush, salvaged fallen logs for building and cleaned up scrap metal. Edgar had a background in mechanics and carpentry, so he was a skilled fixer.

All the locals didn’t think they would make it out in the wild.  They were shocked when Edgar got rid of the outhouses because if your pipes froze, you couldn’t use the toilet. 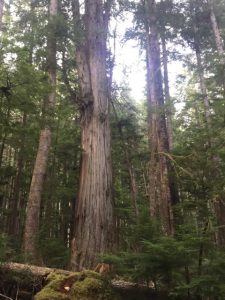 After Edgar cleaned up the property, he started the first new building, a workshop.  For a time Phil, Alfred and Robert slept in the workshop!  It was not comfortable to sleep in because it got very cold at night there and they only put a small wood heater in it.  The workshop is still here today.

Edgar bought a winch to help set up the first fuel tanks. Before that, fuel was pumped into boats from drums with a hand pump.  You had to wind up the winch to get it started.  Sometimes the machine backfired, almost breaking the arm of the person winding it up!  The winch was used for a couple of years but it broke down on the mudflats and has been there ever since.

Since there was little business in the winter, Edgar got himself a license that allowed him to haul logs off the beach and take them to a log sort on Quadra Island.  Phil had to dig under the log so he could tie a rope around the log and the Pamar would pull it down the beach.  When they got a bunch of logs tied together they would begin pulling them to Quadra.  It sometimes took over a day to get there!

In 1973, Phil married Jennifer and they lived in a small shack by a creek which used to be the school teachers’ residence.  Around the same time, Alfred left Blind Channel and moved to a house several miles away in a bay.  Robert did homeschooling at that time.

One of the main problems living at Blind Channel was the generator came on for a few hours every night, so the rest of the time there was no power.  In the winter they only had light from kerosene lamps during the day.

After several years living this way, things began to change.  A laundry building was created and 7 fingers were added to the dock because boaters wanted a big marina to tie up on.  Edgar also began constructing a large house to live in. Two trails were built. The first one went to an ancient cedar tree that is about 1000 years old!  The other one went to a lookout overlooking Mayne Passage.

In 1976 Phil and Jennifer became partners in the business!  Then in 1979 Edgar finished his house and it’s downstairs opened as a restaurant with Annemarie cooking traditional German dishes and Edgar serving and telling stories to the customers.  Phil and Jennifer’s first son Eliot Richter, (second son was Will Richter, born in 1982) was born that year so Phil began building a much bigger house beside the store and Edgar and Annemarie’s dwelling. 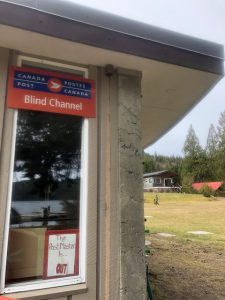 Blind Channel is now a thriving business.  A new and bigger restaurant, the Cedar Post Inn, was built in the 1980s.  The old store was torn down and replaced by a larger one connected to the restaurant.  Opa, Oma, Edgar and Annemarie have all passed, but Phil and Jennifer still live at Blind Channel and so does Eliot.  A new generation now occupies Blind Channel.  Charlotte and Jonah, Eliot’s kids and his wife Agnieszka also live at Blind Channel.

I always think if it was raining that day in November, none of this would have ever happened. 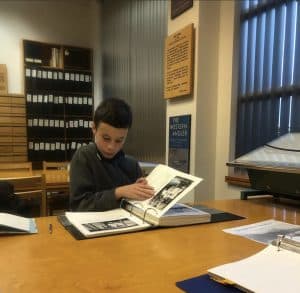