As November approaches, and we start to see people wearing poppies on their coats, it is important to reflect and remember the impact that major conflicts have had upon our society, and the sacrifices that were made. Shortly following the end of the First World War, many towns, villages and cities began installing monuments, places where people could come to reflect, remember and mourn those lost. Although Campbell River was far removed geographically from these battles, it was not unaffected. Our monument came in stages and over time. I thought this month, we would explore the history of our community Cenotaph.

The installation of a community monument was spearheaded by Branch 137 of the Royal Canadian Legion. A committee began fundraising in early 1952 for a memorial cairn to be installed on the waterfront with a brass plaque naming those who were lost. It became a community effort with many getting involved in the project. 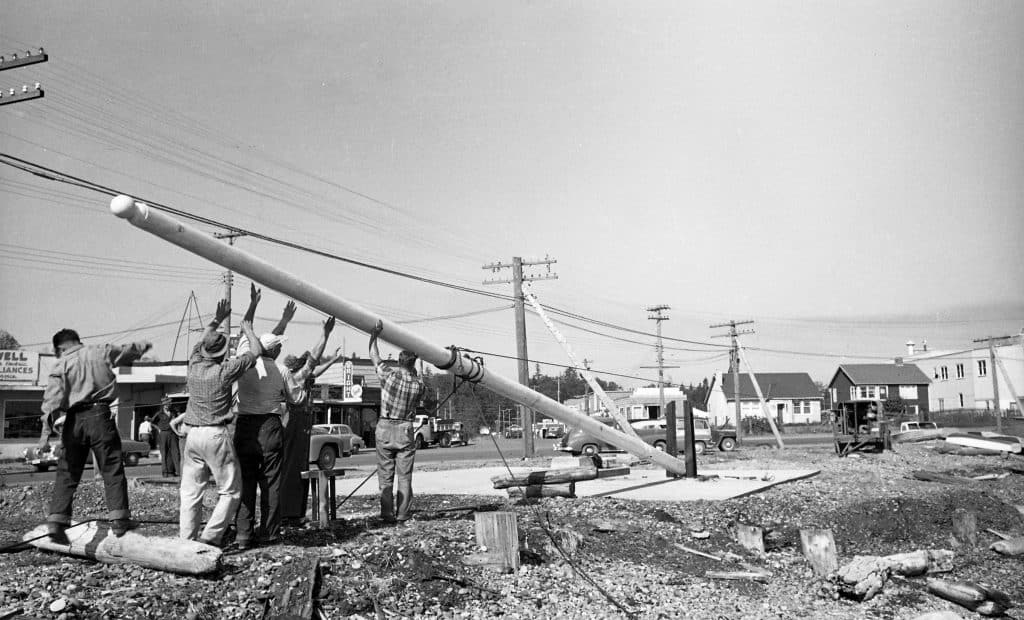 The land for the memorial was donated by Carl Thulin, who also volunteered to drive to Victoria to pick up and deliver the large stone monument. The Cenotaph was installed on the shores of Willow Bay, right across from the Legion on the corner of 12th St.  The BC Power Commission (now BC Hydro) donated rocks for a small seawall to protect the Cenotaph, and loaned their workmen to do the construction. A flagpole for the Cenotaph was donated by the Village Commission.

Everything was in place and ready for the Cenotaph to be dedicated on Remembrance Day, 1952; however, it did not yet have a plaque naming the fallen soldiers from the community.

During this time the Legion had been accepting submissions of names for the plaque; their only recorded criteria was that the men had to be living in Campbell River at their time of enlistment.  Unfortunately, the records documenting the selection process were lost in a fire at the Legion in the 1960s.

The plaque was added to the Cenotaph in 1961, shortly after it had been reinstalled in the Tyee Plaza, with the names of ten men from the First World War, and seven men from the Second World War memorialized in brass.

During the construction of Spirit Square in 2009, the Cenotaph was moved yet again, this time to its current location. At this time, due to the efforts of the Campbell River Genealogical Society, the plaque honouring the fallen men was updated, with two new names of WWI soldiers, and corrected spellings for four of the original names.

We continue to gather every year on November 11th to remember and honour those fallen. The men have been further memorialized by the work of the Campbell River Genealogical Society who have painstakingly researched the lives of each of these men and have produced a website describing each and every detail they have uncovered.  Information can be found on the Campbell River Genealogical Society website

Through the Archival School Program offered at the Museum, students can learn in detail about one young Cenotaph man’s experience. Elmer Oswald from Heriot Bay, Quadra Island was a pilot during the Second World War.  His mother kept every one of the letters he sent home during the conflict and they were later donated to the Museum’s archive. In the school program, students work with the original letters, learning about his experiences (at least those he was allowed to write home about), and gain experience working with original archival materials. To learn more about the program, contact Ellie McKown, school.programs@crmuseum.ca.

This article was written in 2019 by Beth Boyce. 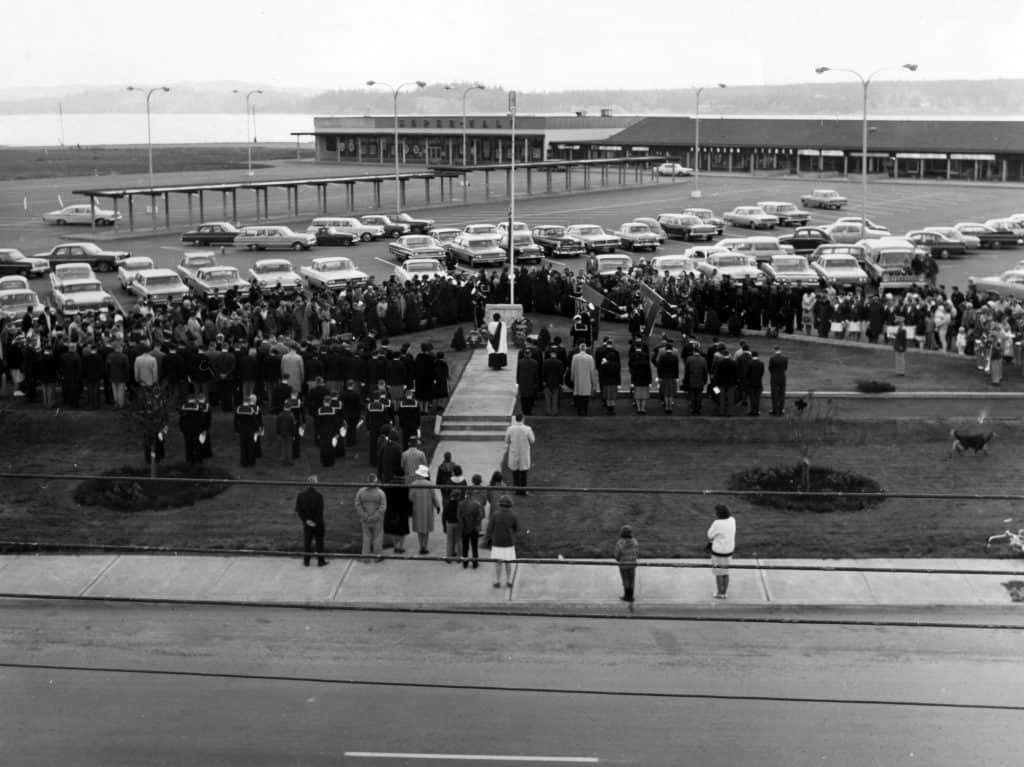