I take for granted that many people haven’t been to, or maybe don’t even know about, my favourite place in Campbell River.  It has a great vibe, and an unusual ability to instill a sense of peace for visitors.  When we talk about heritage houses, many people envision rooms hiding behind ropes that allow us to peek in, careful not to touch anything.  This house is a little different.  The family that once owned it expressed that they wanted their home to be used and not become a shrine.  So instead of sitting empty, in the summer months it operates as a Bed & Breakfast, and in the winter it hosts a Writer in Residence.  Because of this, it’s not often that the doors are open to the public to wander around in.

Initially built in 1923 by the Pidcocks, an early settler family in Campbell River, it is one of the oldest remaining buildings in the community.  The house was purchased by Roderick and Ann Haig-Brown in 1936.  It was a working farm, situated along a dirt road, and located just above the level to which the river and estuary flooded, hence the name “Above Tide”.  It sits along the Campbell River, the river that inspired much of Roderick’s writing.

Born in 1908 in Lansing, England, Roderick settled in Campbell River and became well-known as a writer, environmental conservationist, fly fisherman and local magistrate.  Ann Elmore was born the same year in Seattle, and moved to Campbell River when she married Roderick.  Ann was much loved in the community, as an advocate for social justice issues, and a high school librarian.  Both Ann and Roderick are recognized to this day – Roderick as a Person of National Historic Significance, and Ann as the namesake of Campbell River’s transition house.  There are other legacies in the community, including more formal recognition, and the clear impact they had on the lives of so many individuals.  At an event and exhibit honoring Ann at the Museum last year, most of the people who got up to speak about her were in tears, despite her having passed almost three decades ago.

Besides the reasons we have preserved the house for historic value, it has its own charms in unto itself.  It’s a modest farmhouse, with additions over the years to accommodate their growing family.  The handmade furniture and changes in design have given it a number of endearing quirks.  For example, a small enclosed patio that houses a productive heritage grape plant, can only be accessed through the living room window.  Also in the living room, the table has been custom built by Roderick himself to fit into the opening left by the bay window.  This creates a larger space for gatherings.  The small kitchen has an interesting layout, carefully designed to Ann’s specifications, and including a built in desk where she could sit at night and type Roderick’s manuscripts.  Thankfully Roderick and Ann’s four children are still available to share these stories.  Roderick also wrote a book called Measure of the Year, in which he recounts a year at his home, each chapter a month that describes the annual changes in the nature around him and the lives of his family members.

Each September, on World Rivers Day, the Haig-Brown House and property have hosted the Fall Festival at Haig-Brown House.  This year, some of the Festival features have moved online, and are included in the Art+Earth Festival in the community.  A digital tour of the house will be available on the Museum’s website, and readings from the study by some local fans of Haig-Brown’s writings will be posted on the Museum’s website and Facebook Page.  There is a scavenger hunt posted on the Museum’s blog to facilitate your exploration of the extensive gardens.  Finally, the Annual Haig-Brown Lecture, that seeks to honour the legacies of the Haig-Browns, will be live-streamed from the Tidemark Theatre September 27.  This year a film by Eiko Jones, Heartbeat of the River, will accompany the talk.  Tickets are available at www.tidemarktheatre.com.

This article is written by Erika Anderson and first appeared in the Campbell River Mirror in September 2020.

Photo below by Bluetree Photography in partnership with Destination Campbell River. 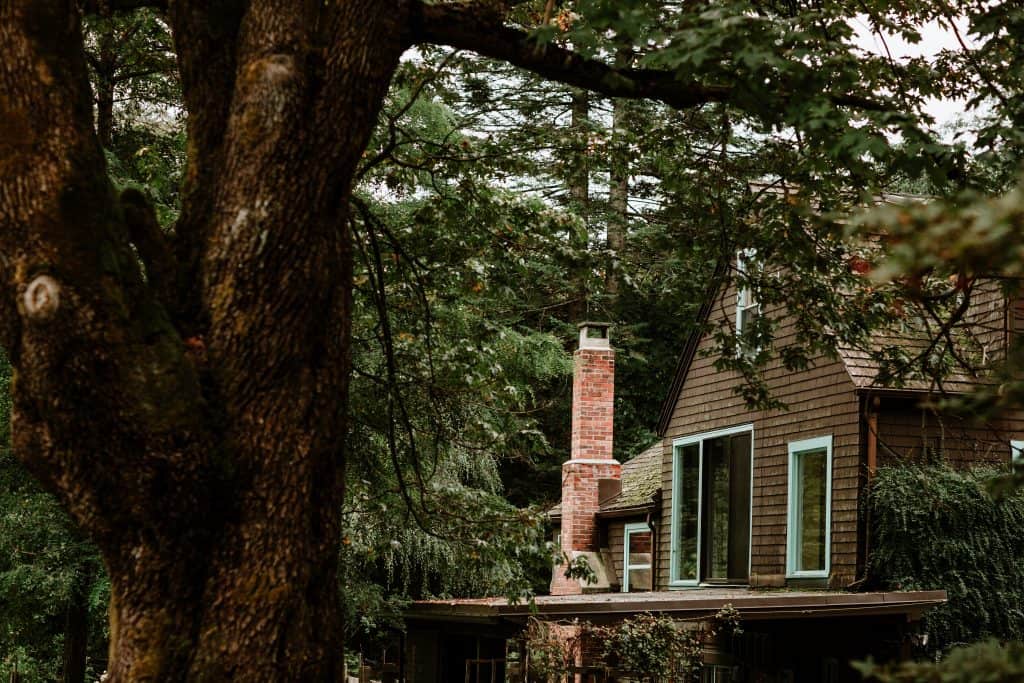 PrevPreviousThe Care of Books
NextThank you Rotary for the Archives Research Centre!Next