Ripple Rock, an underwater mountain within Seymour Narrows near Campbell River BC, was a marine hazard responsible for more than 20 large vessels and at least 100 smaller vessels sinking or being damaged. Before its destruction in 1958, Ripple Rock claimed at least 114 lives.

A Marine Commission’s findings brought a recommendation to remove Ripple Rock as early as 1931, but it was 1942 before this was finally authorized. Despite the extreme hazard the rock created, its removal was bitterly opposed by some, who had envisioned it as a bridge support for a railroad connecting Vancouver Island to the mainland.

The following year, a drilling barge 46 metres (150 feet) long was floated over the rock, held in place by one and half inch (3.8 cm) steel cables attached to six concrete anhors totaling 1,100 tons (998 tonnes).The plan was to drill holes into the top of the rock, fill it with explosives and blast Ripple Rock away bit by bit. The enormous drilling barge quivered and tossed in the violent water, the anchor lines vibrating continually. The attempt failed as anchor lines broke at an average of one every 48 hours.

A second plan was made in 1945 that attempted to hold the drill barge in position by attaching it to two enormous steel overhead lines, each weighing 11 tons (10 tonnes). The 3,500 foot (1067 m) cables were stretched across Seymour Narrows 135 feet (41 m) above high water. Again, water turbulence severely hindered the operation; of the estimated 1,500 drill holes needed only 139 were drilled and 93 blasted, before the contract was terminated.

Eight years later the National Research Council directed a feasibility study on tunnelling to the rock. The idea was to sink a shaft from Maud Island, go under Seymour Narrows, and up into the peaks of Ripple Rock. The underground approach was recommended and Dolmage and Mason Consulting Engineers were retained to plan the project.

Contracts for the job went to Northern Construction Company, JW Stewart Limited, and Boyles Brothers Drilling Company, and work began in November 1955. A camp established on Quadra Island was connected by causeway to Maud Island. An average of 75 men lived at the base camp. Three shifts of hard rock miners worked around the clock advancing six feet per day on a 570-foot (174 m) shaft sunk from Maud Island. 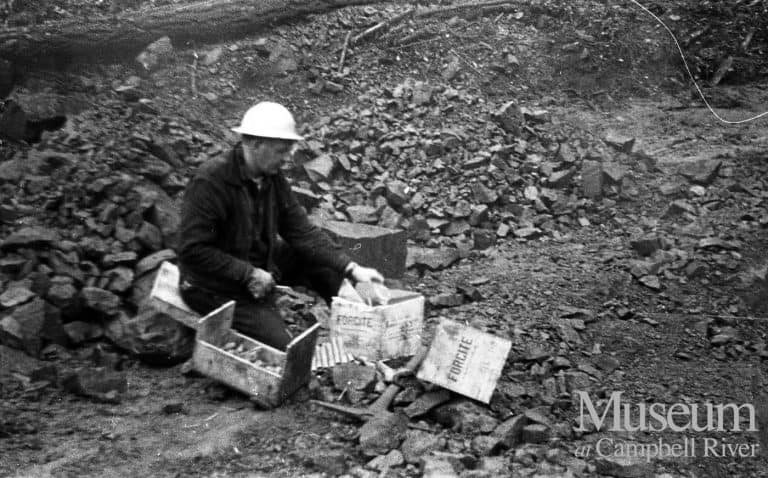 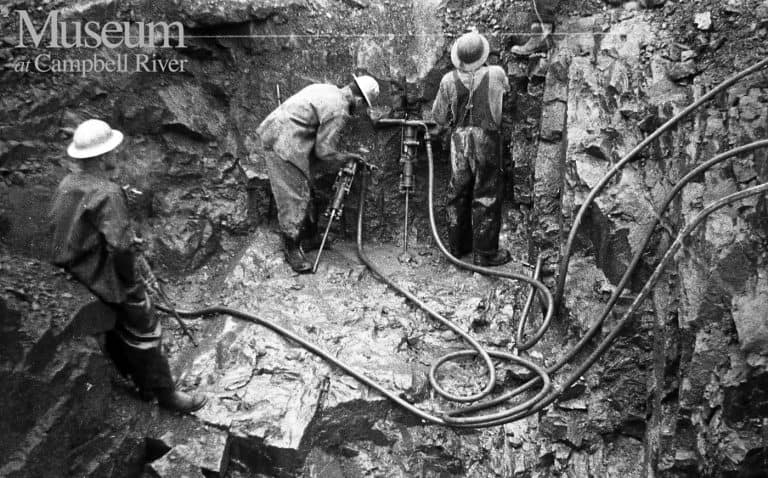 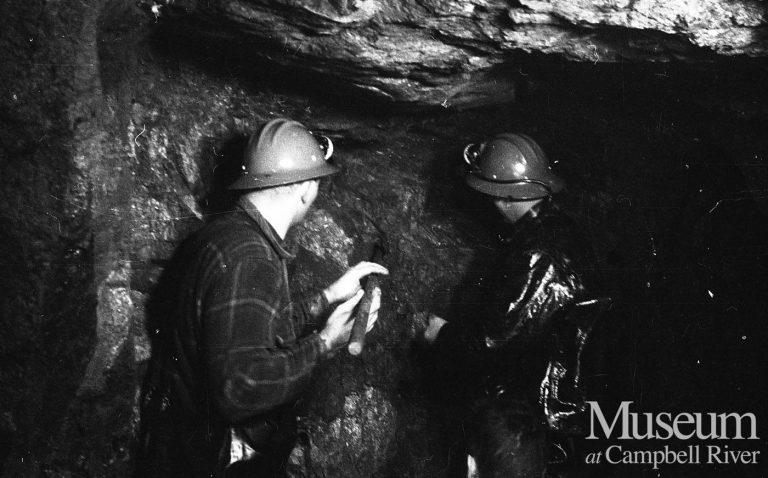 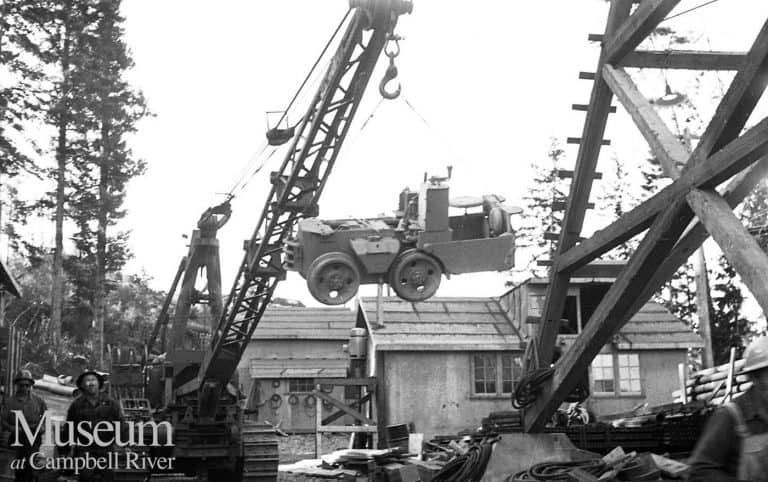 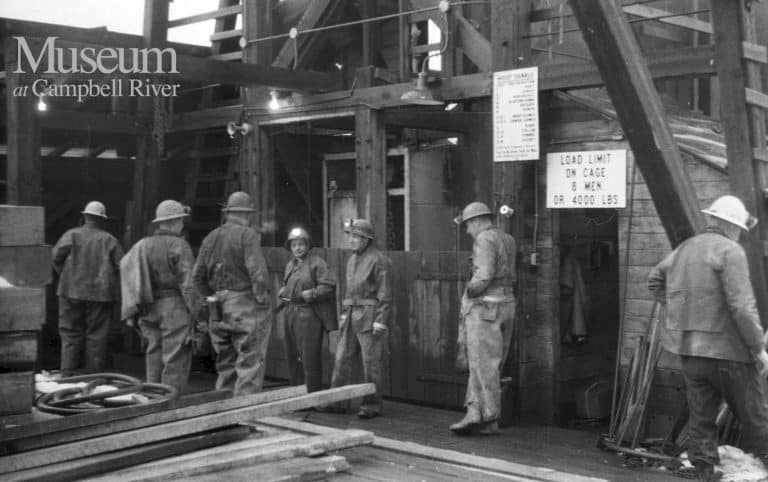 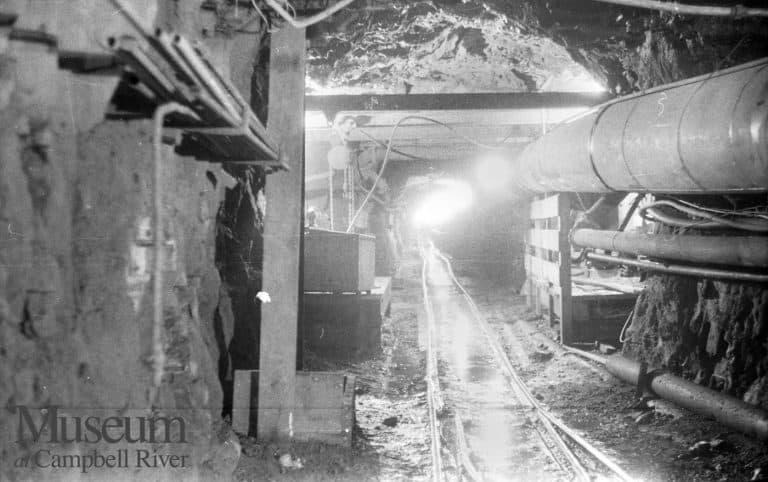 From the shaft, a 2,500-foot (762 m) tunnel was driven to the base of Ripple Rock, where it divided into branches for the two pinnacles. From vertical tunnels 300 feet (91 m) high there extended a series of “coyote” tunnels into which the explosives were placed. Fourteen hundred tons (1,270 tonnes) of Nitramex 2H explosives (10 times the amount needed for a similar explosion above water) were packed into the drilled rock.

Every possible effect of the world’s largest non-atomic blast was carefully considered and precautions made. 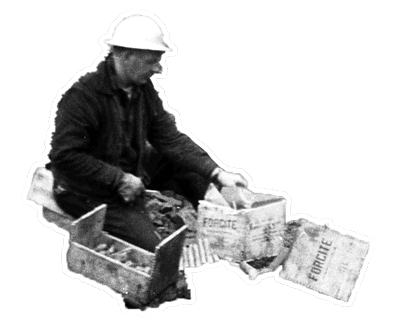 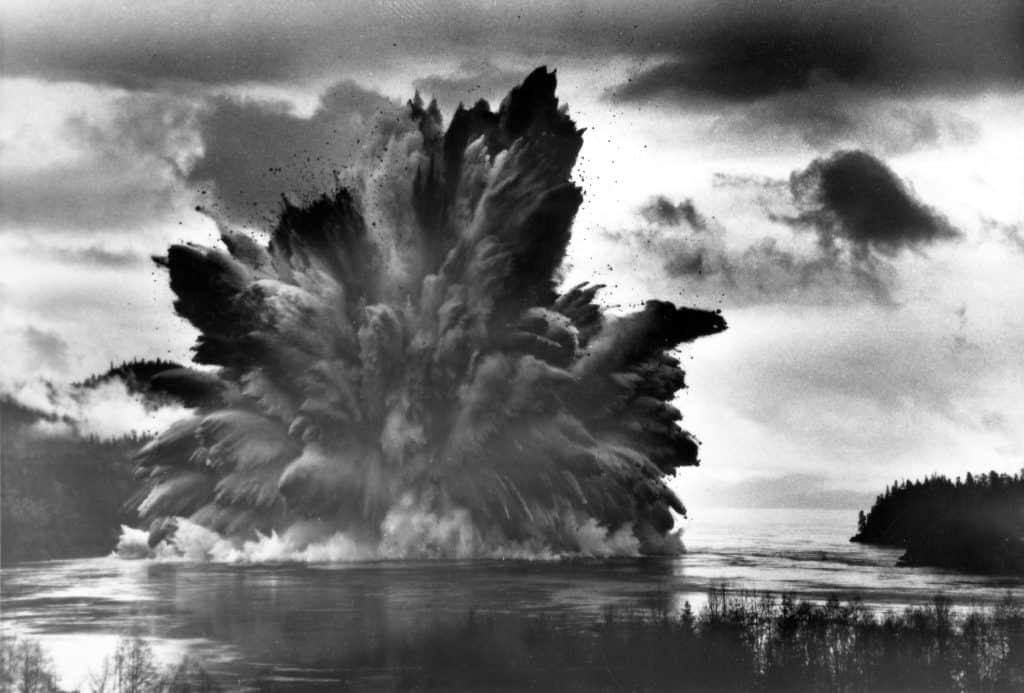 Live television coverage, very new at the time, broadcast the event across the country. People in Campbell River saw the blast on the screen, but many commented that they felt and heard nothing of the explosion that was only a few kilometres away. Cushioned by the water, the sound was heard only within a small area, and the tidal effect was slight. 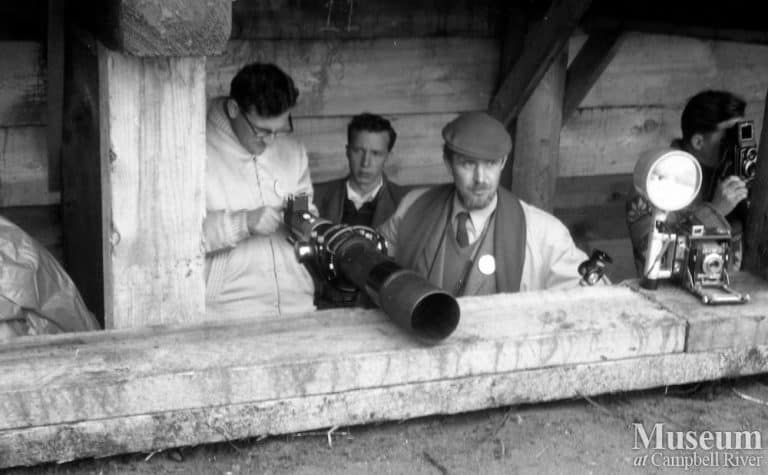 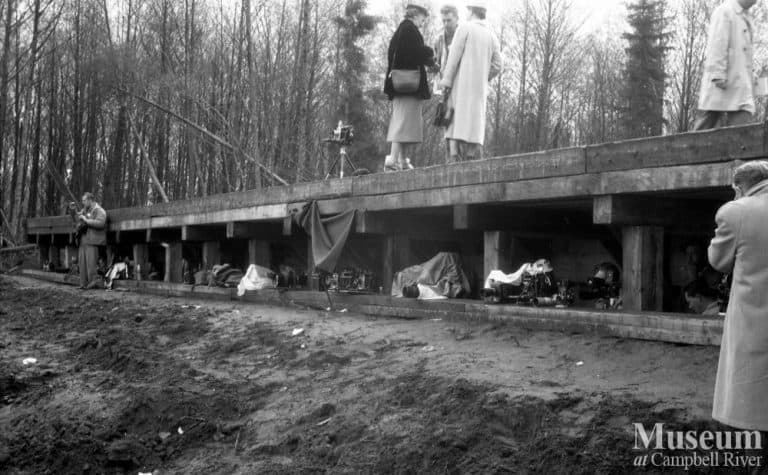 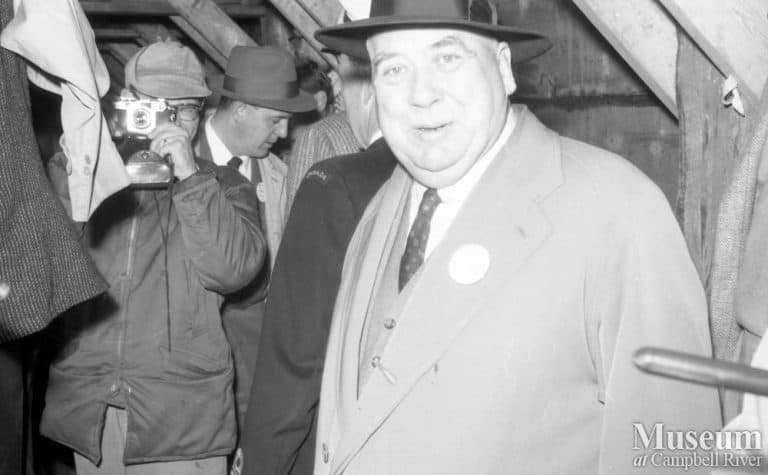 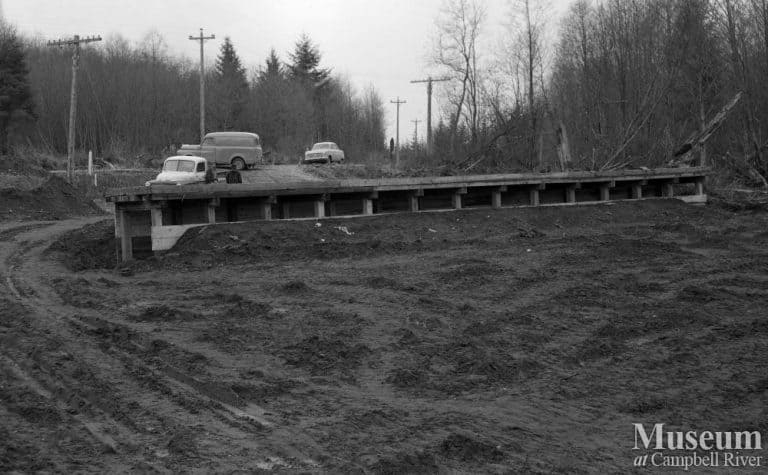 No damage was sustained. Careful monitoring by the Fisheries Department found that five orca, a school of porpoises, two sea lions and one fur seal seen near the area before the explosion were all seen again afterward.

As a result of the project, 45 feet (14 metres) of water instead of 9 (3 m) now clear the south pinnacle at low tide, and 70 feet (21 m) flow over the north. Today, this mammoth undertaking is still considered to be a marvel of engineering.