When most people think of BC gold rushes they think of Barkerville, the Fraser River and the Cariboo.  Few would automatically think of Vancouver Island.  However, there have been several, albeit smaller, gold rushes here.  In the late 1800s and early 1900s there was nothing quite like the possibility of gold to drive men to a region in search of the promised wealth from mining.  Sooke, Zeballos, East Thurlow Island and even Quadra Island each had their race for riches. One place that had one of these gold “booms” was Granite Bay, located on the western shores of Quadra Island.

At the time that the gold was found, Granite Bay already had an established logging operation run by the Hastings Company, and soon a growing community. The community was mostly populated by Finns that left Sointula when the utopian community established there collapsed. “Old Curly”, a railroad engine, sold from the CPR to the Hastings Company, was hauling logs from the woods to the camp at Granite Bay.

The Hastings Company registered Lucky Jim Mine in 1900.  They found samples that indicated good seams of gold, silver and copper about 3.2km inland along their track.  It turned out that “Old Curly” had been running right past the gold mine!  Having transportation readily available gave the mining operation a head start.

There was some production at the mine for a few years leading up to 1906-1907, at which point it was showing some real potential and attracted some bigger investors, like George Mumford and Eric Hamber, to act as partners.  Together they formed the Great Granite Development Syndicate.  They hired a mine superintendent and began to rapidly increase production.  In 1908 they shipped 86 tons of ore, and in 1909 it had increased to 336 tons.

Keeping up with the flooding of the mineshaft was a constant battle, and in 1910 they invested in a large iron flywheel, fired by a steam boiler, that could pump out the necessary amounts of water, and also power air drills.  At this point in time the main shaft was 110 feet deep.  Large log bunkhouses and a cook shack were built along the railway line near the mine to accommodate the added workers needed as production increased.

The boom lasted about a year before production slowed.  A forest fire on Quadra Island in 1925 burned much of the infrastructure that had been built at the mine site, so little remained of the busy mine that had been operating a few years earlier.

The Great Granite Development Syndicate sold the mineral rights, and they have changed hands several times since.  There have been attempts to re-open the mine over the years, and one investor was quoted in 1984 in the Upper Islander Newspaper saying “We’d be foolish to leave that much gold in the ground.  It’s just a matter of time but we’ll undoubtedly take it out.”  That promise never materialized.

You can still see the remnants of the log cabins in the woods, and nearby are the flywheel as well as the mine shafts.  Thankfully a group of volunteers saved the mine from being filled in, and instead there are grates over top so that you can still see them, preserving this fascinating heritage site.  It is possible to visit the site, but safety precautions need to be taken, and of course the time for travel is not here yet.

“Old Curly” the steam engine is still around too.  It is located at the Burnaby Village Museum and is the oldest surviving steam locomotive in British Columbia.  More photographs of the Lucky Jim Mine can be found on the Museum at Campbell River’s website at http://islands.crmuseum.ca/category/gallery/quadra-island-granite-bay

This article was written by Erika Anderson in May 2020. 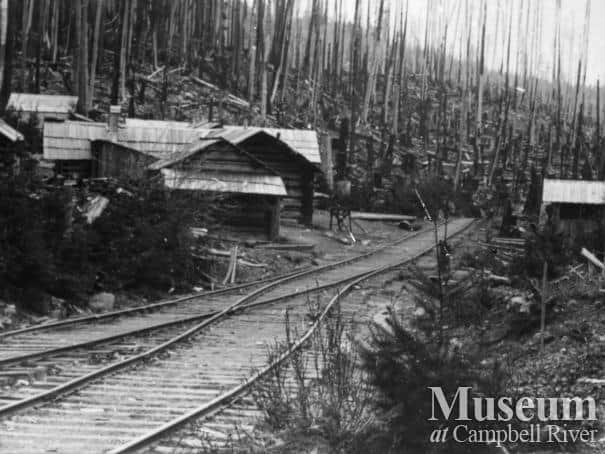 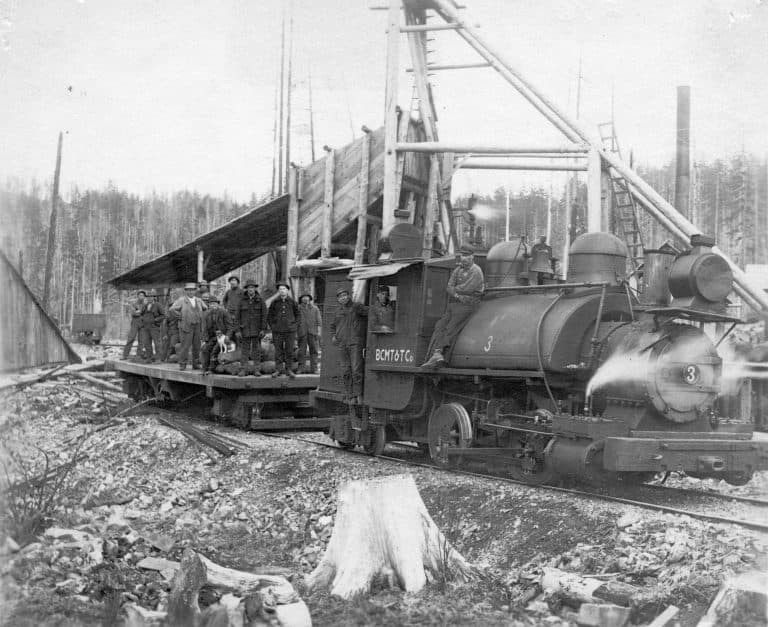 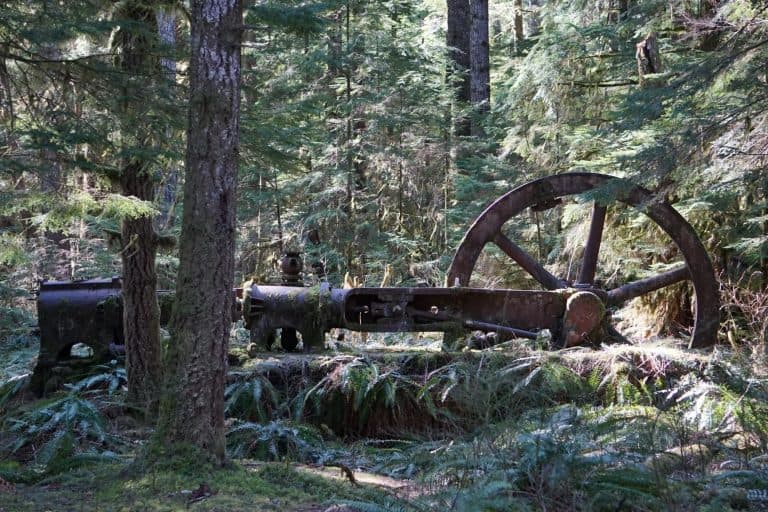 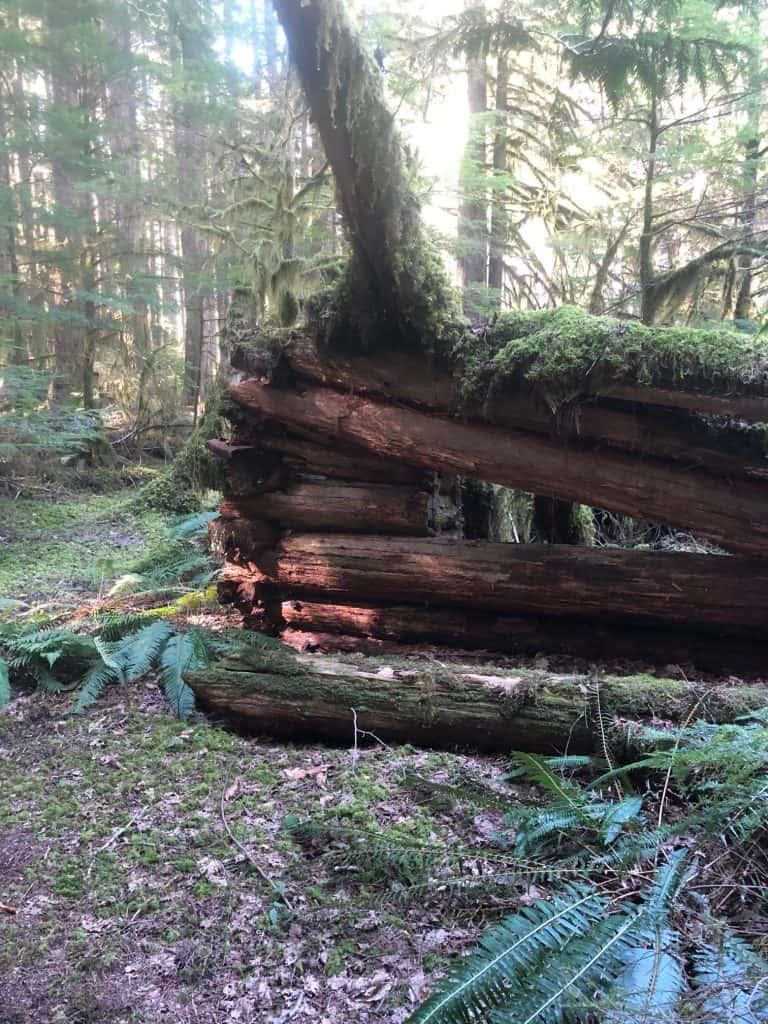