In 1966, Sam was commissioned by the Department of Highways to carve a “Kwakiutl Bear Pole” as part of a centennial project that saw several poles carved by prominent BC First Nations artists. These were stationed at key locations along the coastal highways dubbed the “Route of the Totems”.

On the pole a thunderbird with wings outstretched sat above a bear holding a small man. These crests were often repeated by Sam, and came from the family of his wife May. The pole was raised in front of the Centennial Building, another centennial project: the home of the new Campbell River Museum, Visitor Centre and Library.

A Downtown Revitalization Project in 2002 saw it restored and relocated to the new Museum grounds where it overlooked Discovery Passage. The pole, exposed on the bluff, faced strong southeasters driving rain and snow. The wood became so spongy that further restoration was impossible.

Bill and Junior began carving a replacement pole, tihs one for the Museum rather than the Department of Highways. During the project, Bill’s brother Mark, a painter, suddenly passed away, but became a part of the project when his carefully-mixed paints were used on the pole.

At a ceremony in May 2017 the pole was raised in a protected spot on Museum grounds and blessed by the family. Bill noted that recreating his father’s work with the assistance of his nephews and son was very special to him. 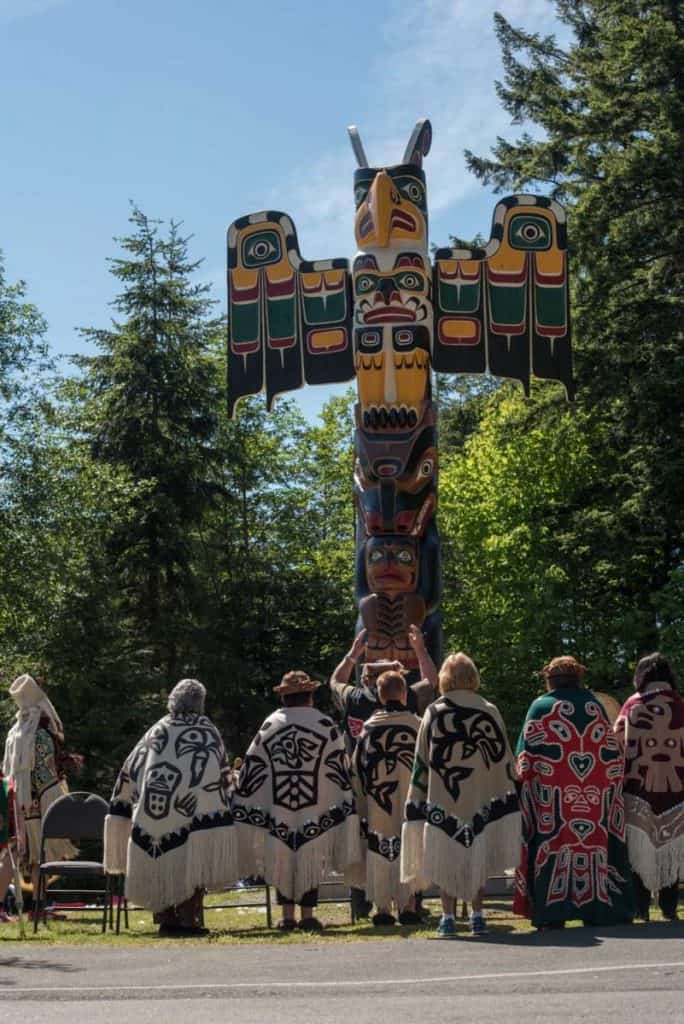 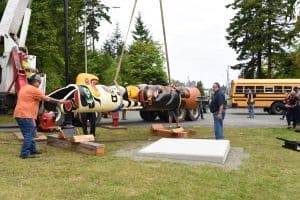 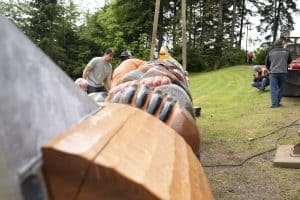 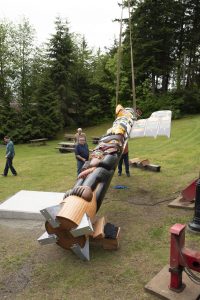 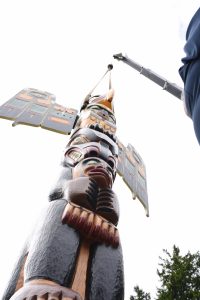 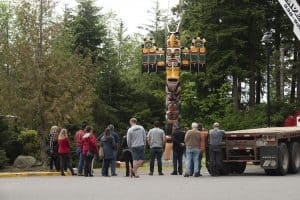 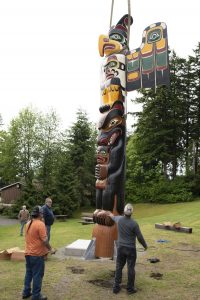 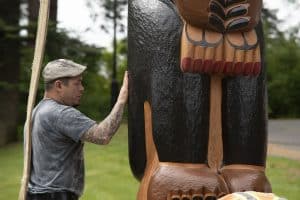 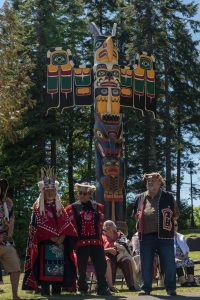 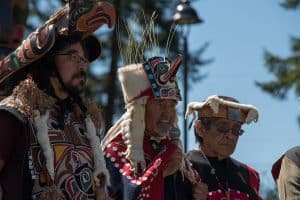 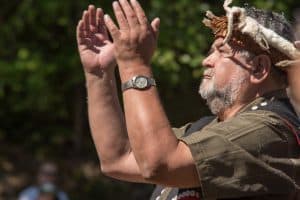 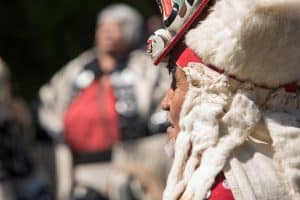 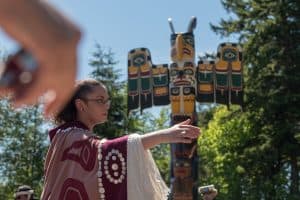 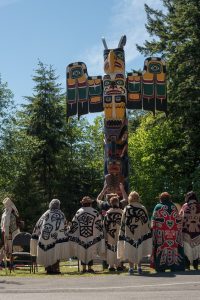 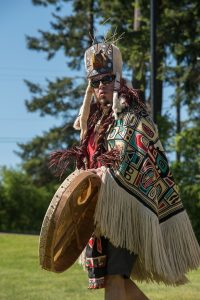 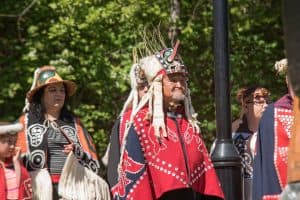 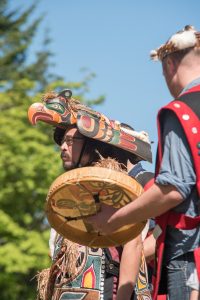 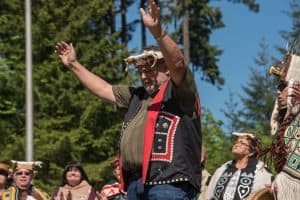 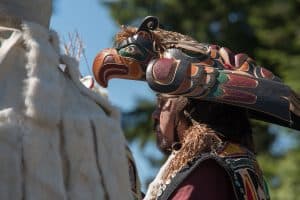