Rivers.  From high above they run like veins on the landscape, and the water, like blood, carries nutrients through our ecosystems.  From space the Nile is a strip of green in an arid desert, its importance clearly visible from any vantage point.  Globally, rivers support many of the earth’s organisms by providing much-needed habitat and food.  The Campbell River, although smaller in scale, is also critically important to our region.  We named our community after the source of much of its natural richness: clean water, salmon, lush riparian zones, fertile floodplains.  It has been of great importance to people in our region for many centuries.  Many important traditional First Nations use sites, including hundreds of fish weirs in the estuary, have been identified, as well as permanent settlements.  In more recent times, the river was heavily used for industrial purposes, including log sorting in the 20th century, and hydroelectric power generation which continues today.  The river supports all five species of pacific salmon, as well as sea-run trout. A river-side walk in the summer reveals an abundance of recreational uses by residents and visitors alike.

The Campbell River is now designated as a British Columbia Heritage River, but that was not always the case.  The process of trying to get this designation rallied the community in an outpouring of love for their river.

In 1997 an application was sent to the BC Heritage Rivers Board in support of the Campbell River being named a Heritage River.  Several letters of support arguing for why the River’s values should be honoured were included with the application.  In his letter, Van Egan explained that the historic importance as an angling destination, the diminishing fish stocks, and the risks posed by increasing industrialization of its banks were reasons for giving it special protection.  J.C. Wightman, Senior Fisheries Biologist with Environment Canada, referred to Roderick Haig-Brown’s writings and observations over more than four decades as a body of evidence as to why this river was so important.  He also noted how the river had brought the community together for projects such as the restoration of Kingfisher Creek, and how the town’s moniker of “Salmon Capital of the World” depended on the river in creating the highly prized sport fishery.  An argument was also made for the use of the river in the increasingly popular activity of fish viewing.  Former Mayor James Lornie pointed out that there are two Provincial Parks in the Campbell River watershed – Elk Falls and Strathcona.

Despite the many arguments about the value of the River, the application was denied.  The application success was determined not only by the river’s exceptional values, but also by a demonstrated high level of community support for the nomination.

Local resident Karen Furber was not letting this issue go away, and she immediately began to reach out to the community, encouraging them to express what the River meant to them and their community.  She fought tirelessly for the next two years petitioning for this status to be bestowed on the Campbell River.  Letters of support came from local citizens, the Steelhead Society, the Tyee Club, the District of Campbell River, Fisheries and Oceans Canada, Haig-Brown Kingfisher Creek Society, Greenways Land Trust, Willow Creek Watershed Society and many more.  Local school children even circulated a petition, supporting their plea with poetry and a river-themed mural.  Finally, in March 2000, the River was officially granted Heritage River status.

The BC Heritage Rivers system was established in 1995 with the purpose of selecting 20 rivers in the province that represented the diversity of BC rivers, and began with seven rivers being designated.  The final two, including the Campbell, were designated in 2000, making the system complete.

History isn’t always nestled deep in the past, it is the ongoing story that has led us to the place in which we find ourselves today.

Annually on Rivers Day, the fourth Sunday of September, we have celebrated at the Haig-Brown House on the banks of the Campbell River.  This year (2020) the celebrations will be more virtual, but you are welcome on Rivers Day, or any day, to explore the property and maybe take a moment on the bench watching the water flow by. 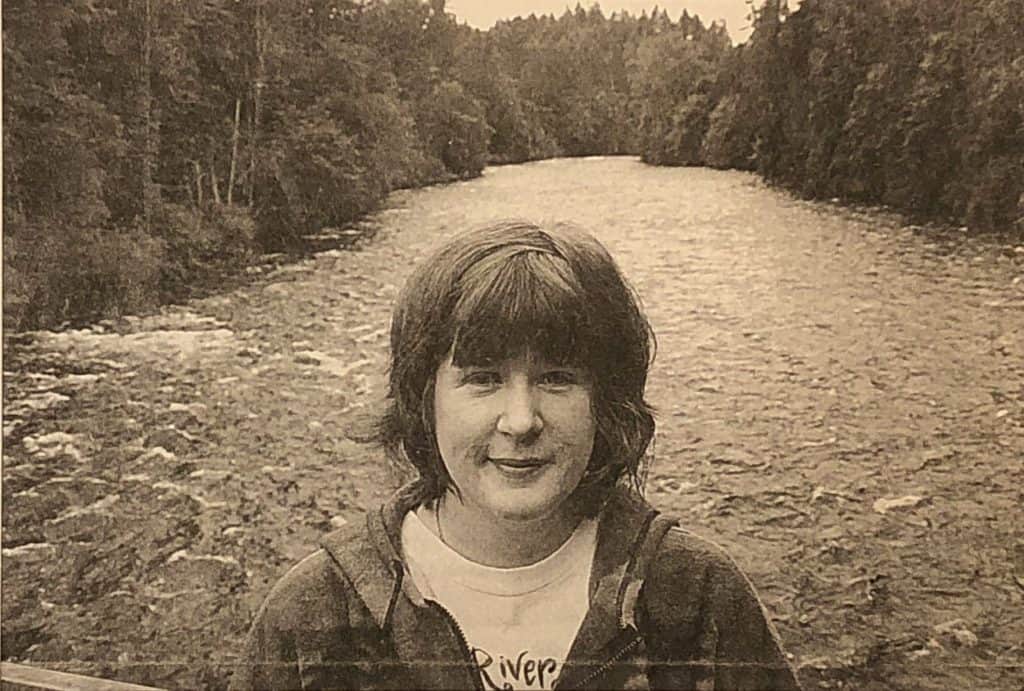 “Karen’s determination helped rekindle a love for the Campbell River that had seemed to go somewhat dormant. Her tireless and relentless efforts, to gather a community together in letters, was not only a monumental achievement but a verification of that time-worn saying – ‘If at first you don’t succeed…’” – Neil Cameron.  Photo from the Courier-Islander photo of Karen Furber, June 24, 1999.