This stretch of Pier Street, also referred to as the ‘Historic Mile,’ was Campbell River’s original business district. Businesses were concentrated here because of the proximity to the Government Wharf (or pier). In the early days, this was the only way to arrive in Campbell River. The trail, later road, to Courtenay was not navigable by automobile until 1915, and was not paved until 1929. In 1918, the drive to Courtenay would take three hours at a good clip.

Before the wharf was constructed, both people and supplies would be offloaded from the Union Steamship onto a dighy and rowed to shore. The completion of the wharf in 1906 vastly improved the process. That is, until 1918, when buffeted by a fierce winter storm, the centre section of the wharf gave way. A skyline platform was used to connect the end of the wharf to the shore to carry passengers and freight until the wharf could be repaired. 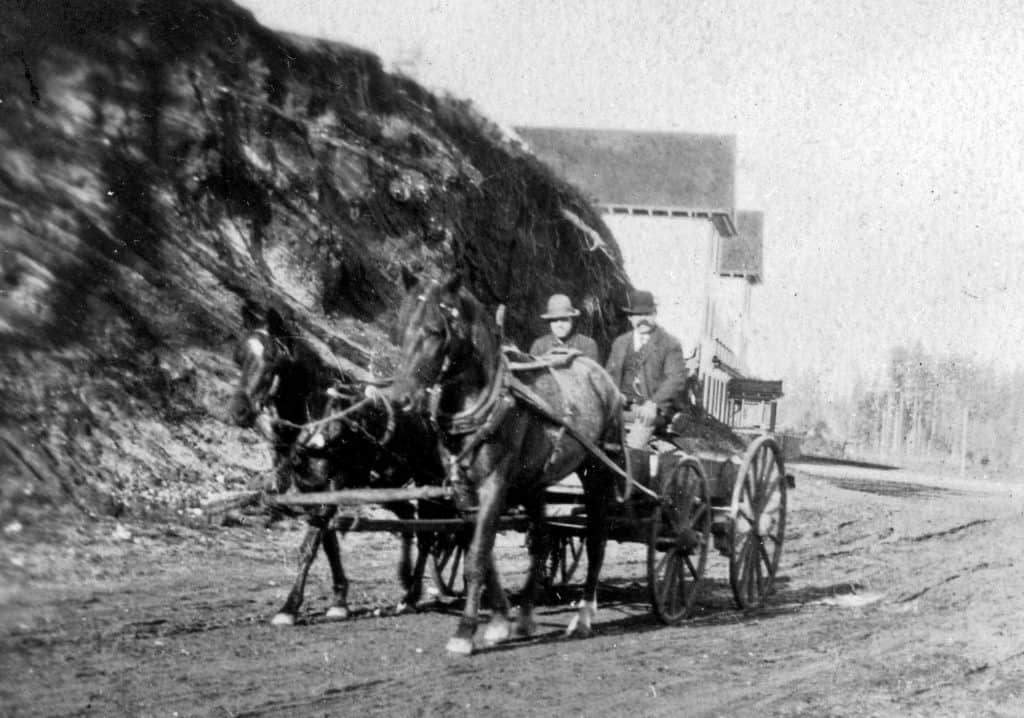 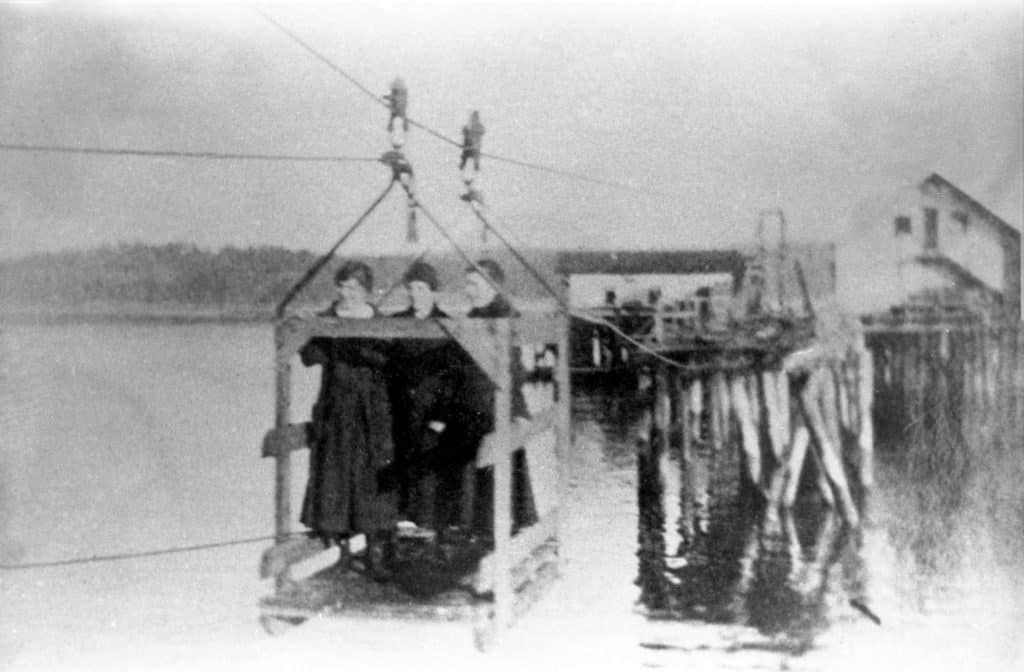 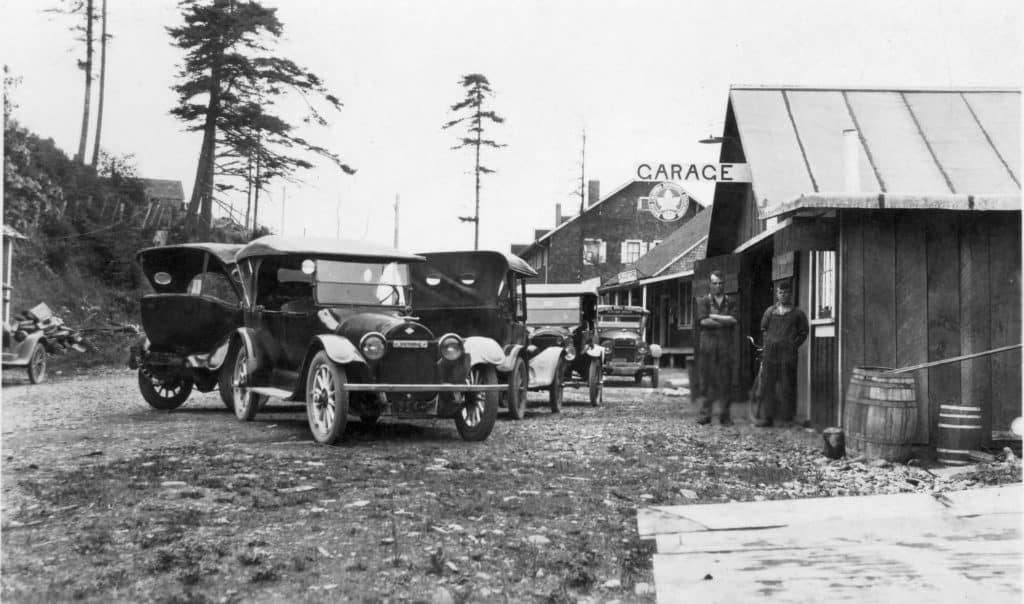 Businesses and services which were developed along this stretch of highway include a general store and post office, a telegraph office, a police station (and Jail), a café, a garage, and of course a luxury hotel with a fine dining room.

Like many of these early establishments, the first garage was opened and operated by the Thulin Family. Oscar Thulin opened the garage which had space to service two cars, and featured a one gallon hand pump outside for gas.  His wife Agnes would pump the gas and do the bookkeeping.  When they opened the business, Campbell River could only boast 6 automobiles.

Over time, as the population of Campbell River grew, so did its businesses district. In addition to clearing more land to construct new buildings along Pier Street, in the late 1960s this stretch of Pier Street was expanded by filling in the waterfront itself to create the Foreshore Park, since re-named to Robert V Ostler Park.

To learn more about the rich past of this fascinating area, make sure to print off your map showing the locations of the ‘Our History’ signs and your trivia question form to follow along on the Campbell River Trivia Trek!  More details can also be discovered on display at the Museum in the Snapshots of Campbell River Through Time exhibit. When you arrive with your Trivia form in hand you will receive free admission to the Museum.